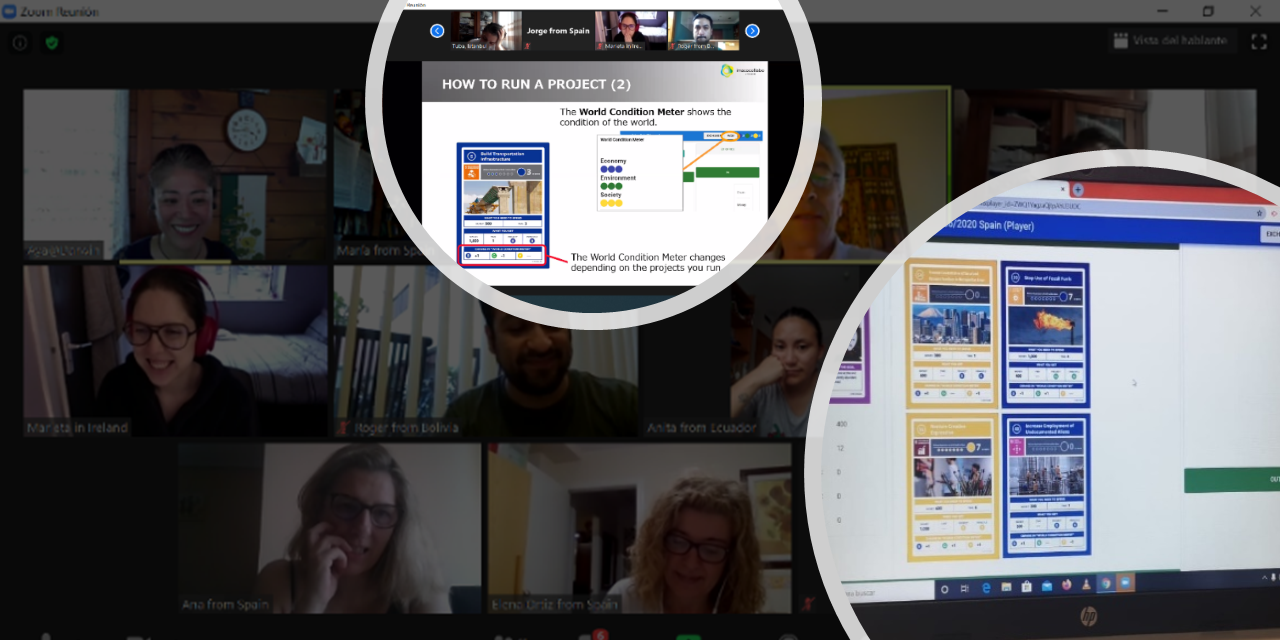 You may be noticing by now that our world is seeing more possibilities with many online platforms to connect us. Here at Imacocollabo, we are experimenting to see how we could offer more to the world online.

The 2030 SDGs Game was originally designed as an opportunity for people to explore themselves and the world using a card kit. However, due to the current situation, providing in-person game experiences is not possible for many of us now.
But it doesn’t stop us there: here comes an online version of the game.

So far, we have developed a basic prototype, and have been testing it out with some facilitators and people who have experienced the game. Thanks to all their feedback, we can see some directions the online version could take. However, more experiments are coming; we want to embrace all the possibilities that are unique to the online environment. 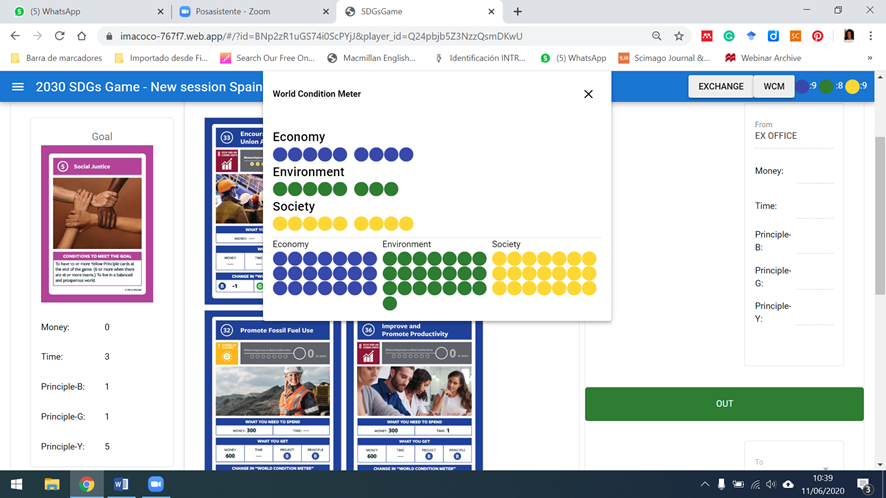 And we took another big step on June 10th.

We played the prototype online game with people who never played this game before.  Challenging but exciting, this idea emerged when Aya talked to Maria from University of Valencia in Spain. There was a moment when a fusion of the curiosity of Maria’s team and Imacocollabo’s “give it a go” spirit lit a spark (you can find what Maria says about the game here).

Aya and Joel facilitated the game and reflection with 9 new explorers (guinea pigs…?), eight based in Spain and one in Turkey.  Those eight were collaborators of the Chair of Cooperation and Sustainable Development of the University of Valencia, a mixture of people from Ecuador, Guatemala, Bolivia and Spain.

It was quite a challenge for us to do everything online: introduction, game instruction including all online functions and a reflection session. We admit that there were a few technical difficulties; however, outcomes were invaluable.

Let me share some of the comments received during the reflection session regarding these questions:

“Some of us rush into trying to fulfil the world’s needs forgetting about personal ones, which are the ones motivating us and letting us contribute to the world. Balance between the I and the US is required in order to make it sustainable.”

“The world we created could have gone a lot better, we had the resources. It is definitely possible to achieve the 100% world. Either in a game or in reality.”

“I didn’t even read the target of my card. I ran into accomplishing projects without thinking about my personal contribution. Here in Spain we say: I started to build the house from the roof.”

“Money should not be a goal by itself, but if we don’t have money, we are unable to achieve environmental or social goals.” 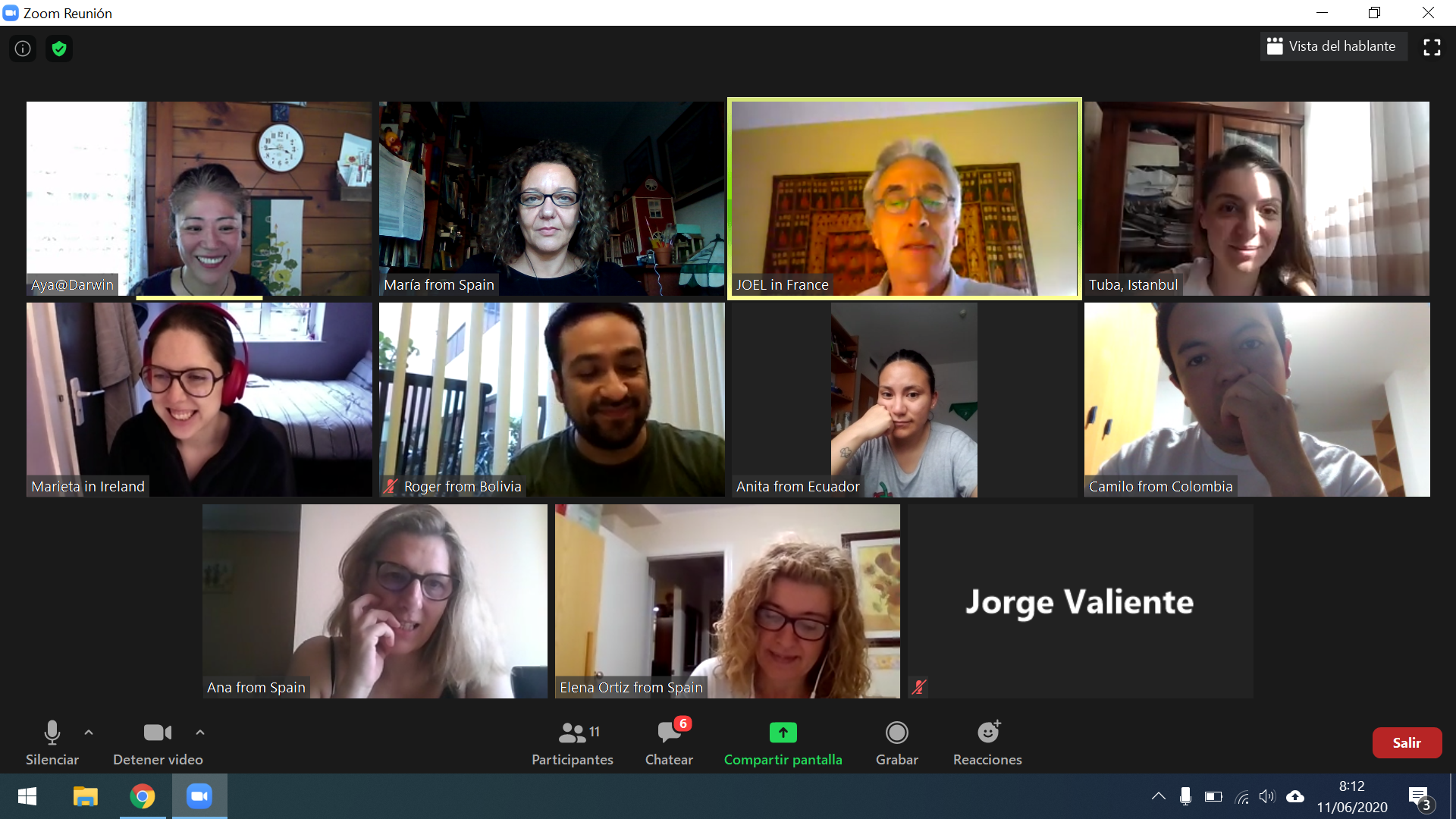 With the promise of leaving no one behind, 193 countries committed on September 25, 2015 to adopt the 17 Sustainable Development Goals (SDGs) that are part of the UN agenda configured to protect the planet, end poverty and ensure the prosperity of global citizenship by 2030.

Since the achievement of the 17 SDGs requires a joint effort, it is essential to involve all people. For this, the first thing is to know and understand the challenges that are presented to us and what better way than through the game?

Imacocollabo’s experiment to be continued…