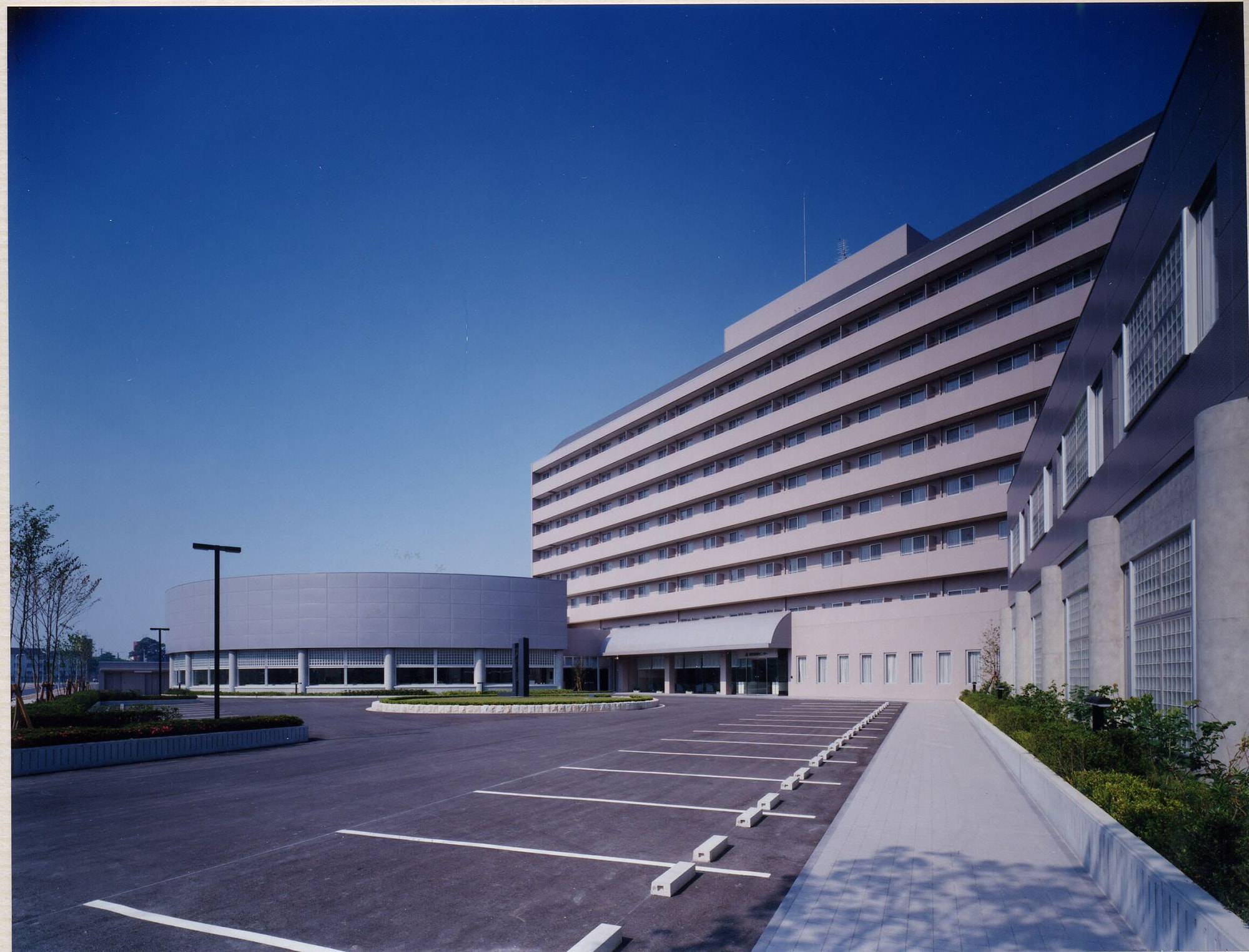 What was the reason you decided to hold this event?

This time, as part of such efforts, we conducted a “Business Innovation and Organization Development Training Course” for 2 weeks at AOTS Kansai Kenshu (Training) Center, attended by company CEOs and executives from developing countries.

This focus of this course is to offer training to company executives to help them solve social challenges in their countries through business innovations with new ideas, through cultivating leadership and acquiring abilities for promoting organizational change.

Regarding the SDGs, I have thought from the beginning that they are deeply connected with the theme of this training course. However, I wanted to embed the SDGs into the program not just for learning what the SDGs are, but also to build participants’ capability of creating business innovation by changing their mindsets and behavior through learning about the SDGs. Basically, I wanted use the SDGs as catalysts for this transformation.

Then I encountered the 2030 SDGs Game. I have experienced the game several times and became convinced that this game would provide opportunities for the participants to shift to the “Level 3 leadership” advocated by Imacocollabo. This Level 3 leadership would transform the problem itself by transforming participants’ “ways of being”, through recognizing the problem within a holistic system and coming from the viewpoint that I myself am also part of the problem. Plus, the fact that the game has an English version and facilitation could be provided in directly English convinced me that this was the right decision.

What are your honest impressions of the event?

We had 21 participants from 14 countries such as Argentina, Bangladesh, Cambodia, Egypt, India, Indonesia, Makedonia, Myanmar, Nepal, Pakistan, Sri Lanka, Sudan, Thailand and Vietnam. Their common language was English. Just standing in the classroom you could see a microcosm of the world. The participants were business leaders of their countries, very assertive and with high self-esteem. Though I fully trusted that the facilitators of Imacocollabo would handle things by the end, I was a bit worried that this attempt might create confusion. However, once the game started, they seemed to take it both seriously and playfully, talking actively among themselves and conferring with each other. The atmosphere was not much different from when Japanese people play the game.

In fact, it was no surprise because this 2030 SDGs Game workshop was held just one day before the last day, and until that point the participants had learned together about leadership and organization development and had already built strong bonds and formed a learning community; still, I really felt the power of this game, which enhances the collaboration and dialogue among players.

On the other hand, one difference between Japanese participants and the participants of this training course is that those trainees are from developing countries, and they are directly facing the issues stipulated in the 17 goals of the SDGs in their daily lives and work. To them, while of course it was different from individual to individual, these social issues are happening right in front of their eyes, and achieving the SDGs goals will directly lead to the sustainability of their own society.
This is also why they did not have to learn about the detailed contents of each individual SDG goal, as they know them well from the reality of their everyday lives; it was more meaningful that we applied the worldview of the aSDGs as a catalyst into developing Level 3 leadership, from which the willingness arises in the participants to see the problems as their own and creates personal transformation, with awareness of themselvesas a part of the whole system.

What memorable thing(s) happened during the event?

At the end of the first game, the world condition meter showed the economy as extremely high and environment and society as very low. Until then, the participants had enjoyed playing but after they realized the dire situation of the world when they heard the mid-term report by the facilitators, they became silent. That was a very memorable moment for me; it seemed as if they were in shock. I could see the difference in how they played the second half of the game: then they were trying to balance the economy, environment and society on the world condition meter while pursuing their own goals. Still, I observed here and there that they did not give away their surplus money, time or principle cards for free to other teams, even if they had already accomplished their own goals. Indeed, it seems they are living in a tough business world, they seemed to have the strong belief that only sound and fair transactions would contribute to the sustainable development of the world.

What stands out from the comments and feedback you received from the participants?

This 2030 SDGs game elicited the participants’ ideas and thoughts during the debriefing session after the game; in turn, they began to talk about their own countries’ social issues and their efforts to solve them. Overall, the workshop was a exciting experience for them and received very favorably feedback, as seen in the comments below:

What does sustainable mean to you personally?

The full name of AOTS is “The Association for Overseas Technical Cooperation and Sustainable Partnership”; our name itself contains the word “sustainable”. “” has been always our motto. More than 190,000 people have learned at AOTS programs in Japan since our establishment in 1959. Many ex-trainees organized alumni societies after they returned to their countries and conducted diverse activities to disseminate and pass along what they learned in Japan, as well as maintaining their Japanese connections. As of now, 71 alumni societies in 43 countries have been registered. For us, “sustainable” means that while we appreciate and cherish the invaluable network of relationships we have built with each other for more than half a century, we will search for new co-creative partnerships in the new era beyond the conventional model of transferring technologyfrom developed countries to developing countries.

What would you like readers of this article to know?

In order to understand the SDGs more deeply and feel the reality of being connected with the world, it is very important to have more opportunities for communication and dialogue among people from all over the world. I think experiencing the 2030SDGs is one of the best ways to create such opportunities. This time, we conducted the game for people from other countries and there were no Japanese participants, but from now, on I would like to create more events where Japanese people and people from abroad can learn together with the support from Imacocollabo and certified facilitators. So please come and join us!

What is one last message you would like to express?

Goal 8, “Decent work and economic growth” and Goal 9, “Industry, Innovation and Infrastructure” of the SDGs clearly relate directly to our work, but more importantly Goal 17, “Partnerships for the goals” is the area to which AOTS can contribute the most. We would like to take a role as a Catalyst in connecting people in the world in the context of nurturing sustainable partnerships. 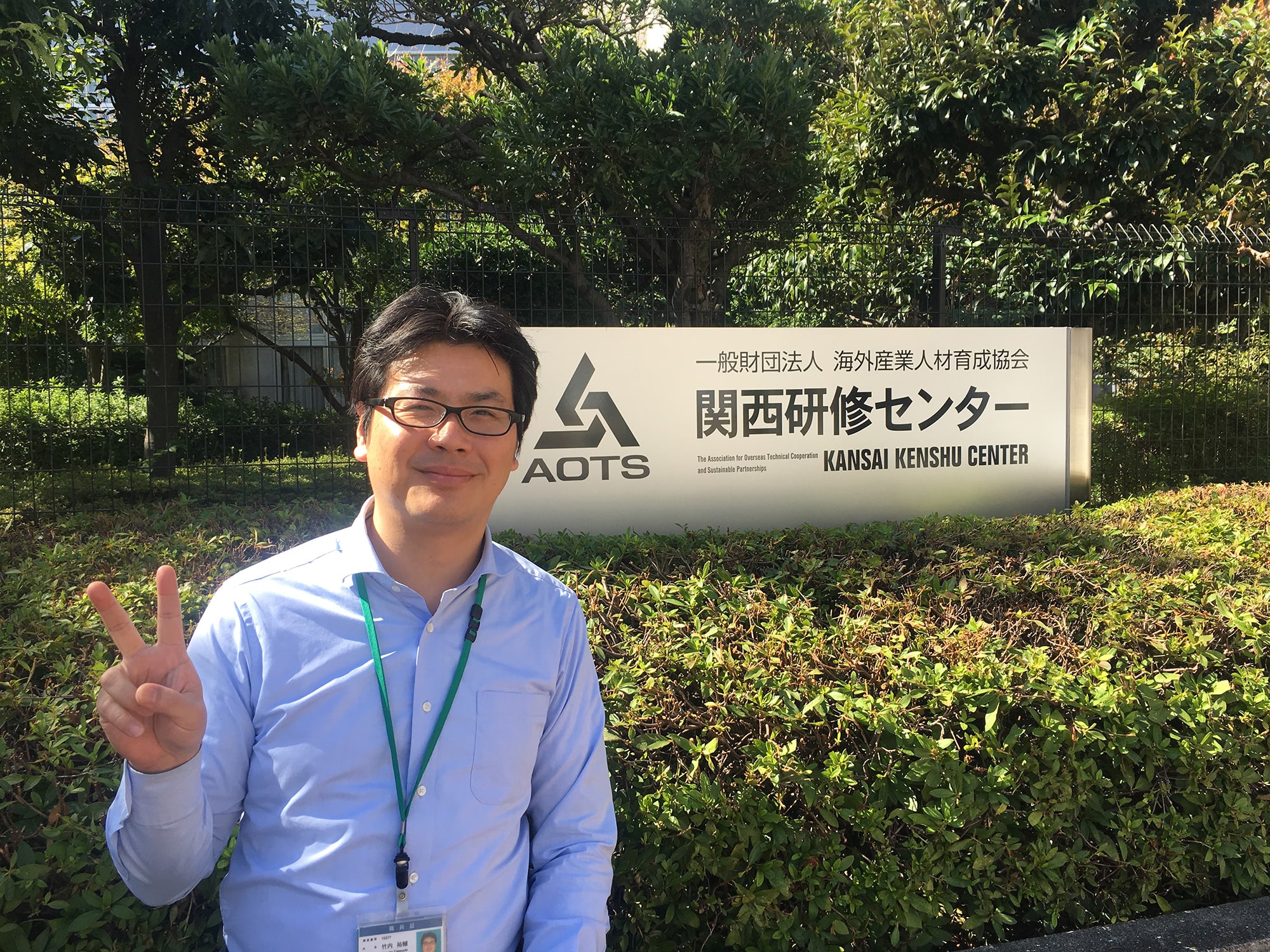