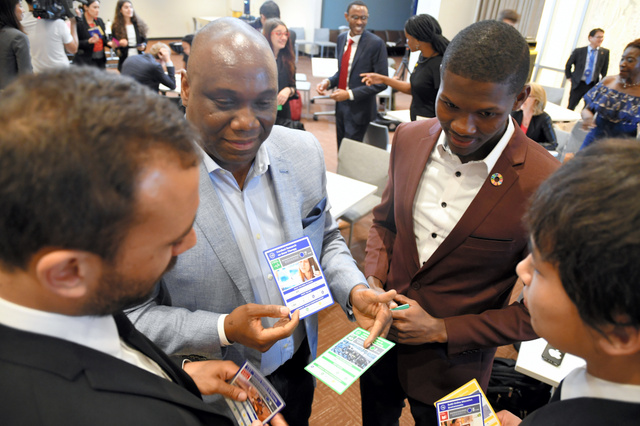 On April 8, 2019, an experiential workshop centered around the 2030 SDGs Game was hosted by the Japan Mission to the United Nations as part of the UN Economic and Social Counsel (ECOSOC) 2019 Youth Forum. ECOSOC is an annual initiative designed to provide a platform to young leaders from around the world to engage in dialogue and share ideas with UN member states on how to further the 2030 Agenda for Sustainable Development.

28 participants from around the world took part in the game, which simulates taking the world forward to the year 2030 while working toward achieving the Sustainable Development Goals, a global agenda of 17 goals adopted by the 193 UN member states in 2015, focusing on interrelated issues such as poverty, climate change, and gender equality. In the game, teams with diverse values and aims pursue projects to achieve individual goals while exploring possible futures that could also happen in the real world.

As soon as play began, participants leapt into action; slowly, through experience and a sobering review of the condition of the world, the competitive atmosphere began to shift into a more collaborative one, as teams began to interact and find common ground through negotiation and open dialogue. 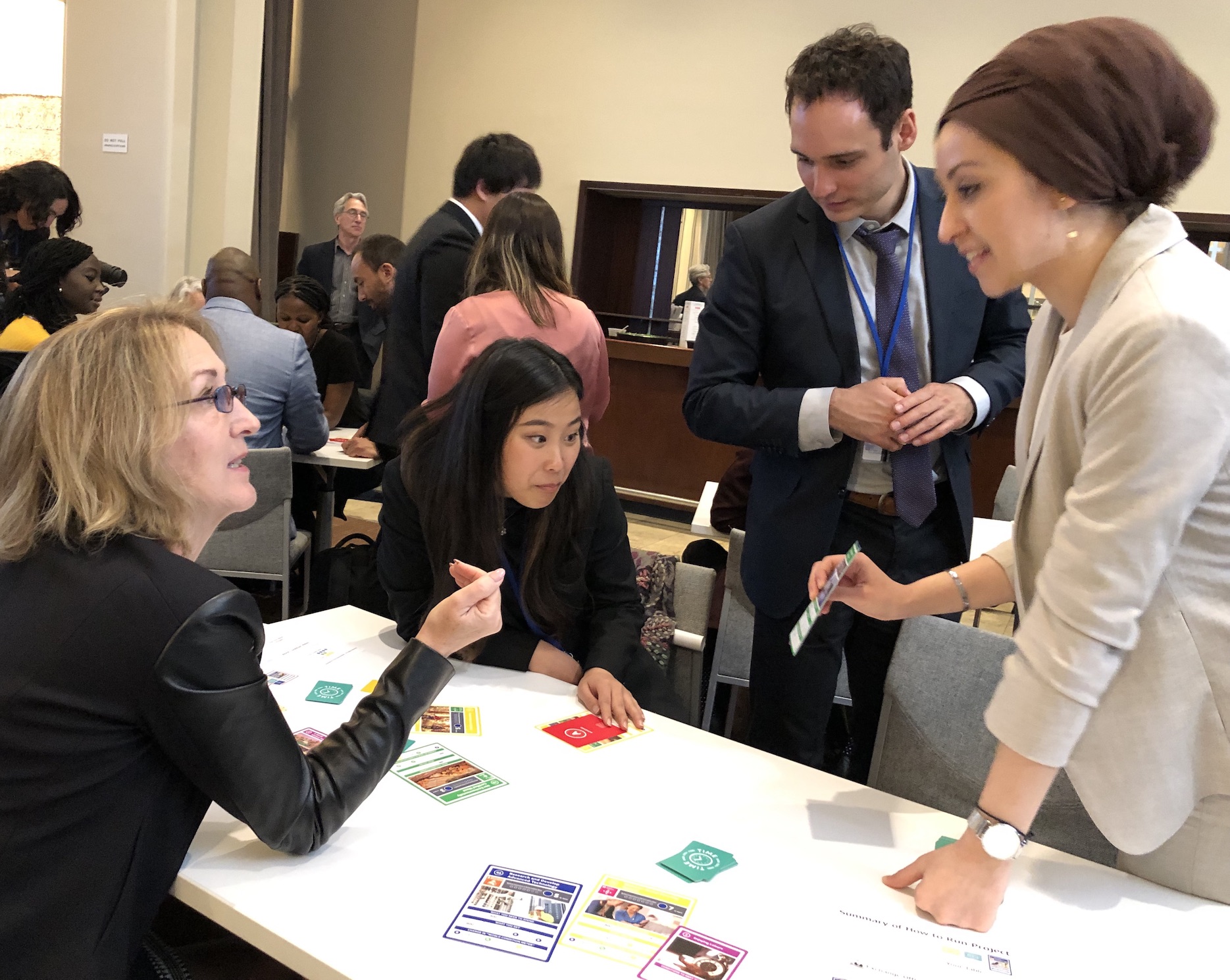 How did it received?

Responses from participants were enthusiastic and thought provoking:
Viviane Okeno, a youth leader promoting education for girls in Kenya, reported, “the game made it very clear that thinking only about ourselves does not help the world. If we want to change the world, teamwork and sharing information are crucial.” Soledad Garcia, an NGO worker from Mexico, added, “the politicians and diplomats at the top need to play this game.” One participants noted how one serious challenge the lack of clear goals about what constitutes “enough,” while another stated, “we have to think about how the actions we take affect others.”

Held at United Nations Headquarters, this 2030 SDGs game workshop was one of three game events hosted on April 8 and 9 by the Japan Mission to the UN, in collaboration with the game developers, Imacocollabo, Inc.

The other events were attended by UN staff and diplomatic corps, with participants from organizations such as UNESCO and UNDP as well as representatives of over a dozen countries.